For the best in Kansas City neurological care, you need look no further than the neurology department at Truman Medical Centers/University Health. Whether you're having memory problems or migraine headaches, you can trust your care to our neurology team.

Our neurologists and staff have extensive experience. Through our affiliation with University of Missouri - Kansas City, our doctors are also teachers and scholars. That puts them on the front line of the latest in neurological research. It also gives them access to the brightest minds of the next generation of neurologists and allied health professionals. 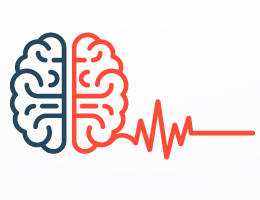 Our neurologists treat a wide variety of conditions that affect the brain, spine and nerves. Some of the more common problems we see include:

When you come to our neurology department, we will try to match you with the neurologist who has the most experience with your specific issue.

All your neurology needs

Our neurology department was designed so that all your appointment and testing needs happen in one place. Whether you're scheduled for a clinic appointment with one of our neurologists, a noninvasive test or inpatient care, you can count on excellent care from our neurology team. Our department is committed to providing comprehensive, innovative and evidence-based care to our patients.

Neurology services are available at the following locations:

You'll need a doctor's referral to be seen in our neurology department. To schedule a neurology appointment or for more information, please call us at 816.404.5271.