You can trust your heart to Truman Medical Centers/University Health. With a team of board-certified cardiologists and cardiac interventionists, along with nurse practitioners, we are one of the leaders in cardiac care in the Kansas City area.

Truman Medical Center Health Sciences District (TMC HSD) is a Level 2 STEMI-accredited facility that surpasses national standards for heart attack care. We care for more than 600 patients every month in our heart clinic.

Every one of our team members is passionate about taking excellent care of our patients. 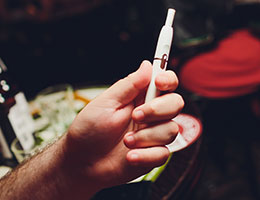 Be wary of the tobacco industry's claims.

Providing all your heart care needs

As the essential teaching hospital in our area, we treat a wide range of heart conditions and people of all ages. You can count on us to provide comprehensive and compassionate care for your heart.

Our heart services include clinic visits, cardiac rehabilitation, an accredited cardiac catheterization (cath) lab and cardiac testing. We strive to meet or exceed rigorous state and national standards for all the heart care we provide.

Our cardiologists are also university professors

Truman Medical Centers/University Health is a teaching hospital affiliated with the University of Missouri – Kansas City. Our cardiologists are on the faculty at the university. This means they are up to date on the latest scientific evidence and are training the next generation of cardiologists.

Learn more about our cardiology services